Humankind has long held a fascination with building a large spaceport like The Gateway. History books are filled with amazing ideas from the greatest pioneers in rocket science and space exploration.

Konstantin Tsiolkovsky was the first to approach the idea in an 1895 science-fiction story, and in 1903 he expanded upon this idea to include rotation for artificial gravity, the use of solar energy, and even a space greenhouse with a closed ecosystem.1

Tsiolkovsky was a Russian and Soviet rocket scientist and pioneer of the astronautic theory, of Russian and Polish descent. Along with his followers, the German Hermann Oberth and the American Robert H. Goddard, he is considered to be one of the founding fathers of rocketry and astronautics.[1] His works later inspired leading Soviet rocket engineers such as Sergey Korolyov and Valentin Glushko and contributed to the success of the Soviet Space program. In 1903 he published an article “Investigation of Outer Space Rocket Devices,” in which for the first time it was proved that a rocket could perform space flight.1 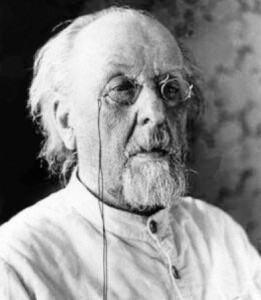 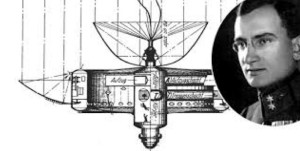 The first significant design of merit was by a Slovene rocket engineer named Herman Potocnik. Potocnik’s book The Problem of Space Travel – The Rocket Motor was printed in 1929 and was filled with over 100 illustrations. This publication had detailed drawings depicting a circular space station for permanent human habitation in earth orbit.2 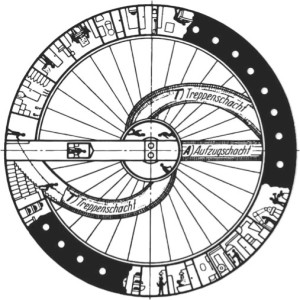 These 1928 drawings depict both an artificial gravity space station and a cis-lunar craft.

“A visionary with an extraordinary technological imagination and an astounding philosophy of existence, Herman Potočnik Noordung was the author of the first strategic plan for the human exploration of space, whose predictions enjoy growing confirmation with each new extra-terrestrial accomplishment in the modern era3.”

“The concluding thought of the fourth and last segment of Potočnik’s book is about the drive for nuclear and photonic technology which would make it possible to travel to nearby planets in our universe. The book considers space travel not as mere day-dreaming but as a very real technological possibility3.” 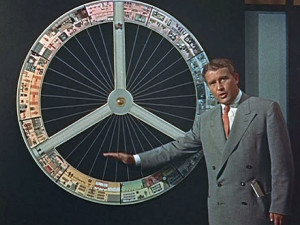 The 1950’s brought an explosion of ideas about space travel from scientists, science fiction writers and Futurists like Walt Disney. The next depictions of a wheel like space station’s of this era were contributed by the plethora of science fiction books and magazines that were the popular pulp fiction of this period, but the images that provoked serious attention were those of Collier’s magazine in March 1952. In a series of articles with excellent color space paintings created by Chesley Bonestell based on engineering diagrams by Werner Von Braun and Willy Ley, Collier’s magazine captured the American public’s attention like never before. 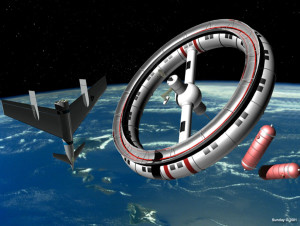 During this period, one person took notice and took action: Walt Disney. Disney produced a series of short films starting in March, 1955, with “Man in Space” and quickly followed by “Man and the Moon” later that year.

Von Braun and Disney artists worked together closely to create images of space stations and vehicles that were scientifically accurate.4 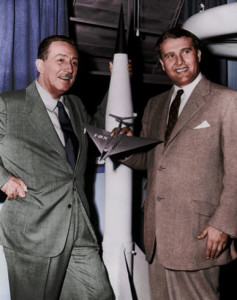 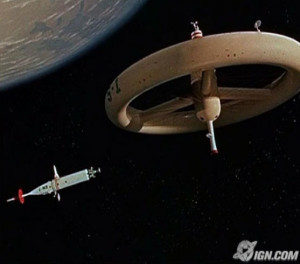 In 1964 Stanley Kubrick met Arthur C. Clarke in New York and together they produced a movie that even today stands as one of the pillars of great science fiction. Kubrick used Clark’s technical knowledge of science to create worlds in space never before imagined by common people of what life on board a huge space station and the moon would really be like. 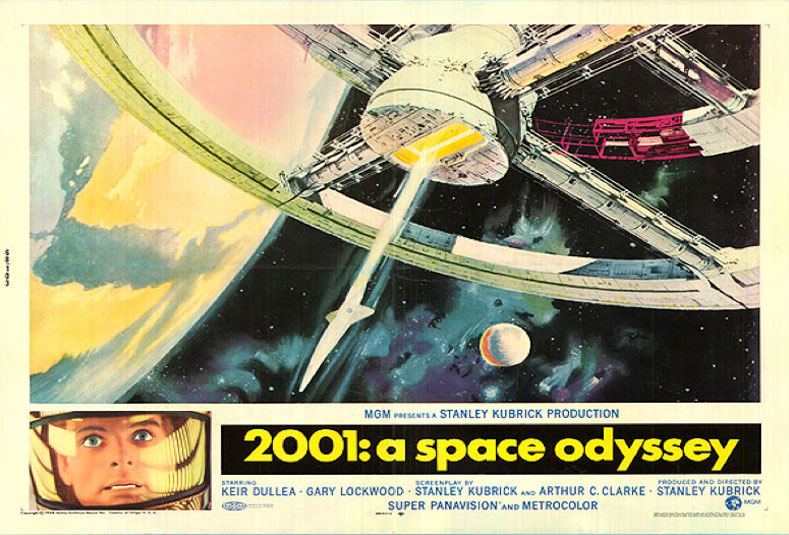 The Russian documentarian Pavel Klushantsev made a ground-breaking film in1956-57 entitled Road to the Stars. It is believed to have significantly influenced Kubrick’s technique in 2001: A Space Odyssey, particularly in its accurate depiction of weightlessness and a rotating space station. Encyclopedia Astronautica describes some scenes from 2001 as a “shot-for-shot duplication of Road to the Stars“.5 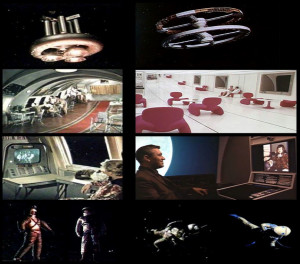 In 1959, a NASA committee recommended that a space station be established before a trip to the Moon, and the House of Representatives Space Committee declared a space station a logical follow-on to the Mercury Project. As it transpired, the Apollo lunar program preempted the goal of building an American space station in the early 1960s, although in 1969, the year Apollo 11 landed on the moon, NASA proposed a 100-person permanent rotating space station to be completed by 1975. Known as Space Base, it was envisioned as a laboratory for scientific and industrial experiments and a home port for nuclear-powered tugs designed to carry people and supplies to an outpost on the Moon. NASA realized that the cost of resupplying a space station using expendable rockets would quickly exceed the station’s construction cost.6

For over 100 years the rotating wheel in space has been envisioned as the most logical method to advance humankind into space. More recently, other ideas with larger capacity have evolved such as The Stanford Torus, Bishop ring, and O’Neill cylinder. Although similar in function by creating artificial gravity through rotation, their enormous size will delay their construction for generations.